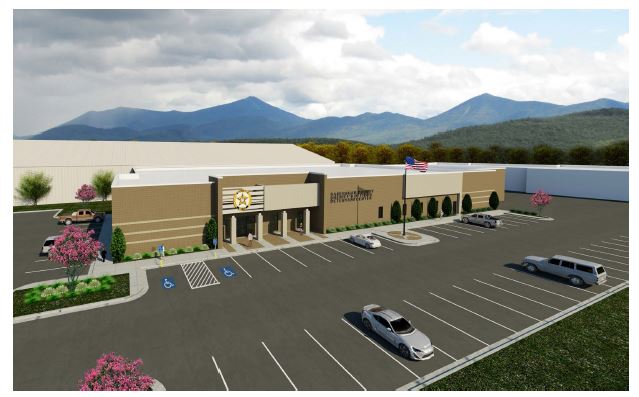 Members of the Board of Commissioners, the Habersham County Sheriff's Office, and County Staff, have sought input from the following offices during the due diligence process: Georgia Sheriff's Association, Superior Court Judges, State Court Judge, Magistrate Judge, Clerk of Court, Governor's Office of Planning and Budget, Jail Consultants and Architects, Public Defenders Office, and the Georgia Department of Community Affairs.

This webpage is intended to give you, the citizens of Habersham County,tools and information to help educate yourselves on this important issue prior to the Bond Referendum Question that will be presented to you on the November 5, 2019 Election Ballot. This webpage is not intended to advocate for the referendum.

If you have any questions or concerns, please email the Habersham County Board of Commissioners at commoffice@habershamga.com or Sheriff Joey Terrell at jterrell@habershamga.com

The current Habersham County Jail was built in the mid-1990’s with the capacity to house 130 detainees. The current daily number of detainees ranges between 150-239, causing the Sheriff’s Department to house 60 or more detainees daily in out of county facilities. Housing out of county creates additional costs in transportation, housing fees, medical fees, etc. Additionally, there are potential liabilities and security concerns when transporting inmates to other facilities. Due to the additional costs and potential liability concerns created by the need to house inmates out of county, the Habersham County Board of Commissioners asked Precision Planning, Inc. to prepare a Needs Assessment Report, which was presented to them at the March 18, 2019 Regularly Scheduled Commission Meeting.

Presentation from the March 18, 2019 Commission Meeting

Please see the links below to review the Needs Assessment Report and Presentation with revised figures. More information on how these revised figures were reached can be found below.

The Needs Assessment also evaluated the current jail to determine if the facility could be modified and renovated to meet current needs and accommodate the expected growth of the Habersham County inmate population.

The report concluded that the costs-averaged over a five year period for maintaining the current facility were estimated at approximately $54 million. The report concluded there is no feasible way to expand or renovate the current jail to become compliant with state and federal regulations, or to meet current and future needs. The report estimated the costs of constructing a new jail to meet current and future needs at approximately $33.8 million. (Refer to pages 17 and 18 of the Needs Assessment Report)

The following options were also considered to relieve overcrowding in the current jail, none of them were viable options:

Projections on the inmate population through 2050 were determined based on the Governor's Office of Planning and Budget 2015 Series.

Before voting on an amount for the Bond Referendum, a thorough value engineering discussion resulted in revised concept drawings and cost estimates which reduced the estimated cost for a new facility from $33.8 million to $31.6 million. The proposed new jail contains 314 beds with support areas such as: booking, kitchen facilities, medical treatment, in house court room, and visitation space. The proposed new jail could expand to a 504-bed facility to meet future needs. 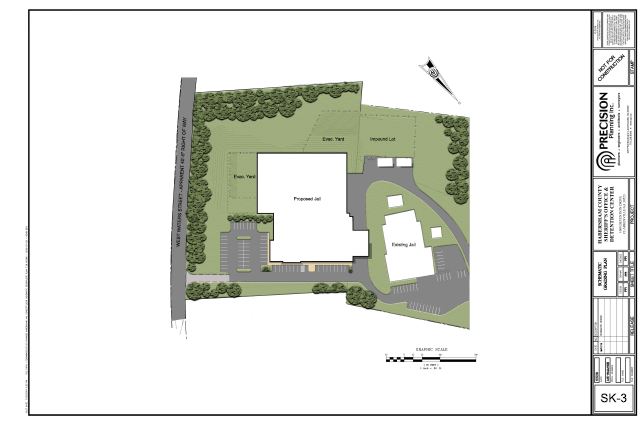 The Board of Commissioners voted to approve a Resolution to Regulate and Provide for the Calling of an Election to Determine the Issuance or Non-Issuance of Habersham County General Obligation Bonds. The election will be held on November 5, 2019. The ballot will, in summary, ask "Shall general obligation bonds in an aggregate principal amount of up to $31,700,000 be issued by Habersham County, Georgia to finance a new jail?"

This means that you, the citizens of Habersham County, not elected officials, will decide whether or not Habersham County taxpayers will pay an additional property tax to cover the debt service on a jail bond.

The annual cost to service the jail bond debt is approximately $1,780,900 annually which is a 1.38 millage rate. (See amortization schedule) The approximate cost of this increase on the average home in Habersham County is $71.

Articles and Videos on this Issue

Below are links to articles, letters, etc. the County has released regarding this issue: